Seeing as it is now summertime I am always looking for ways to get us outdoors in the sunshine. Doing something creative while soaking in the the summer breeze is an added bonus.

I have recently been on the hunt for some non-toxic, edible (because Lord knows everything goes in his little mouth) finger paint for the little man as I thought it would fulfill the above requirements and provide him with a great toddler friendly sensory experience. Low and behold, finding this type of paint on the market is no easy feat. Thus, I elected to go the homemade route. I did find a couple different recipe ideas here and there out there in Pinterest-land, but they were limited and not exactly what I was looking for, so I tweaked things a bit to meet our needs. 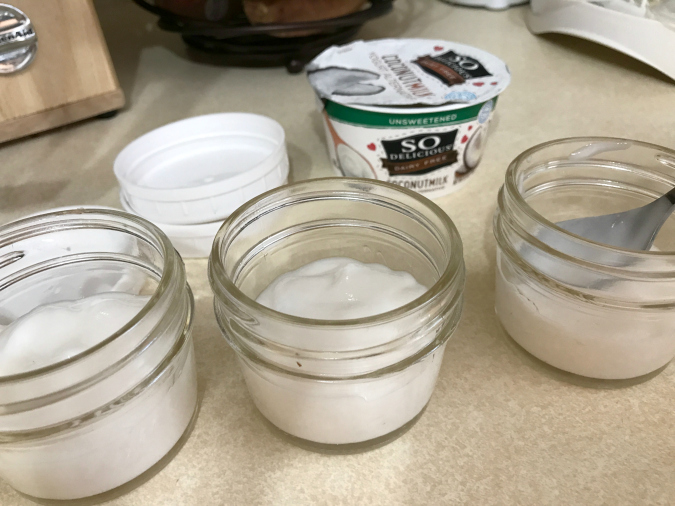 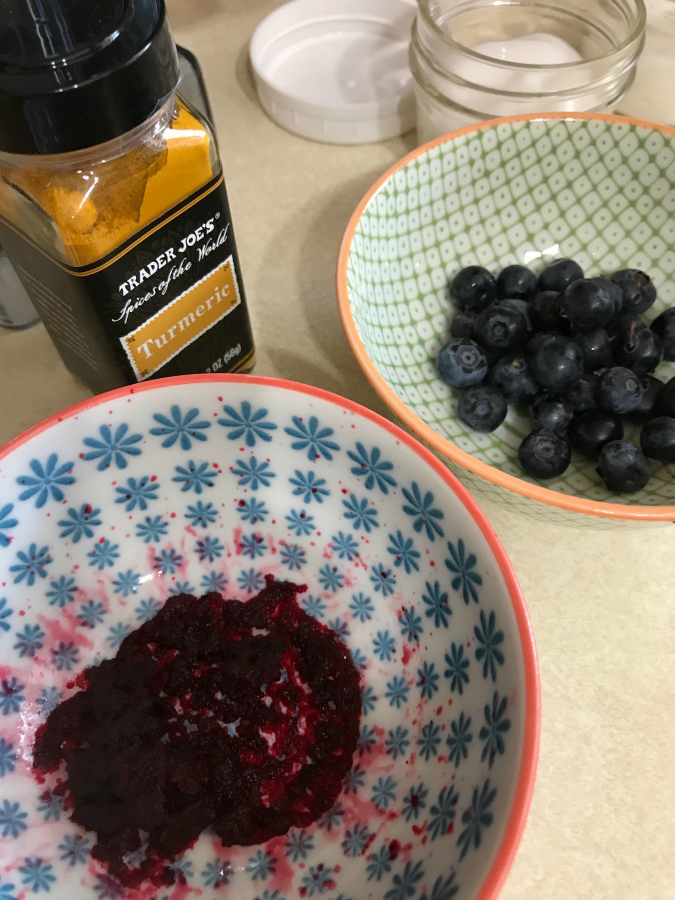 As a base for the fingerpaint I used unsweetened coconut milk yogurt. Little man still doesn’t really do much dairy, so that’s why I elected to go this route. However, you could certainly swap for whole milk, greek or any other yogurt option. To make three small portions of paint, I used about a container and a half of the yogurt.
For the color, I wanted to avoid artificial dyes and utilize all natural food sources that were not only bright, but nutritious. I opted for blueberries, beets and turmeric to do the job.
You need very little beets to create a huge pop of reddish color. I would recommend pureeing them first, then mixing them into the yogurt.
For the yellow paint, simply add dashes of turmeric until desired colored has been reached.
The blueberries were a little trickier to work with, but I ended up smashing them with a fork (thinking you could blend too) and then mixing them into the yogurt. I then strained the yogurt out, leaving the large chunks of blueberries aside. 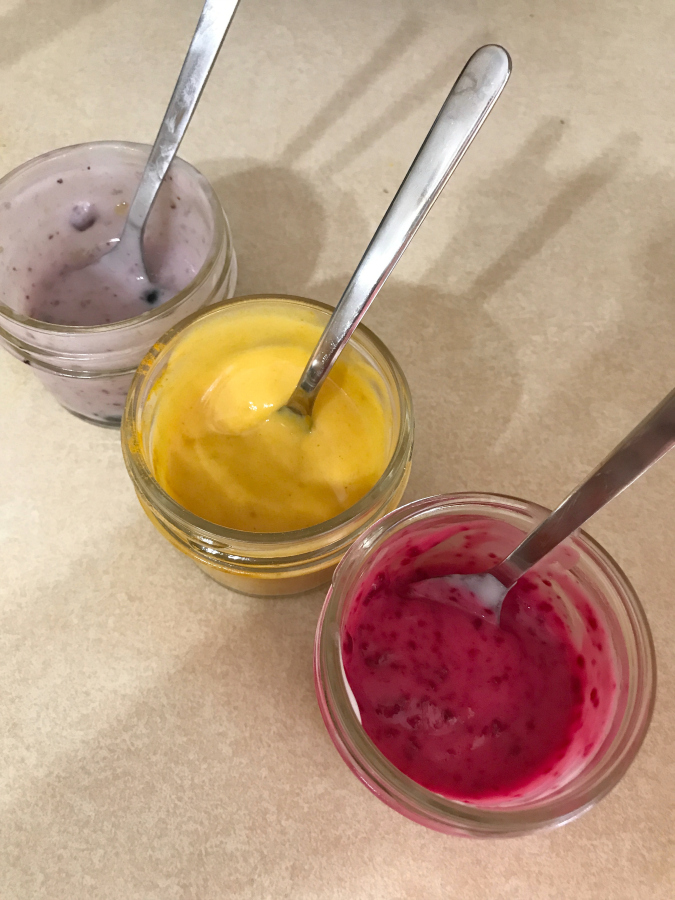 Then it was time for the fun to begin. I used a large foam board we had on hand for our canvas and just dumped the paint out and plopped the toddler on. (Oh, and I would definitely recommend this be a diaper only affair as these ingredients will leave a nice mark on any and all clothing, unless you have an impeccably neat toddler.)
He was definitely unsure of it at first. But once he dipped his fingers (and toes) in and mommy showed him how it was done, he was all in. 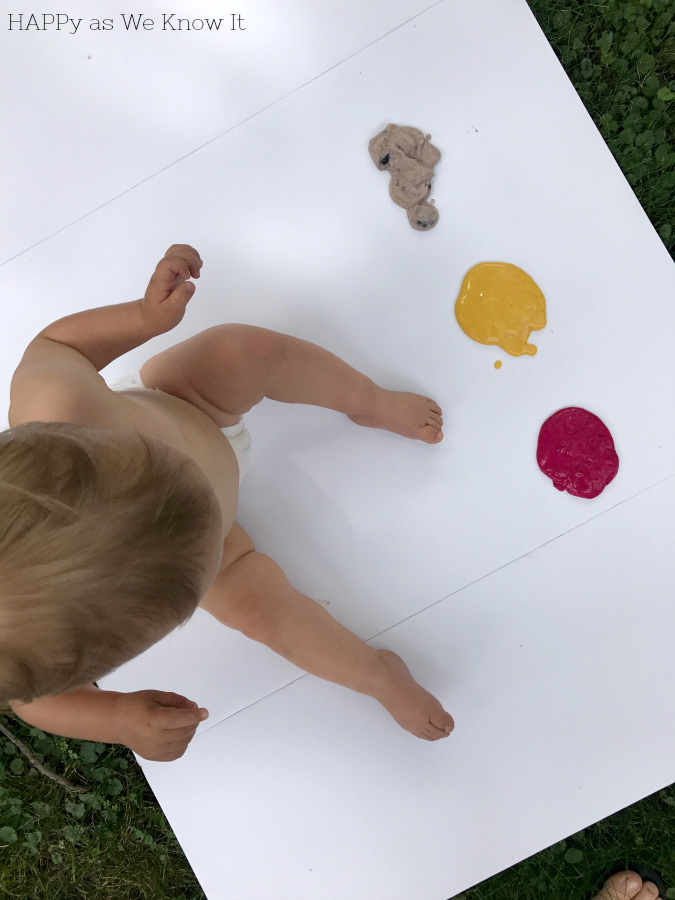 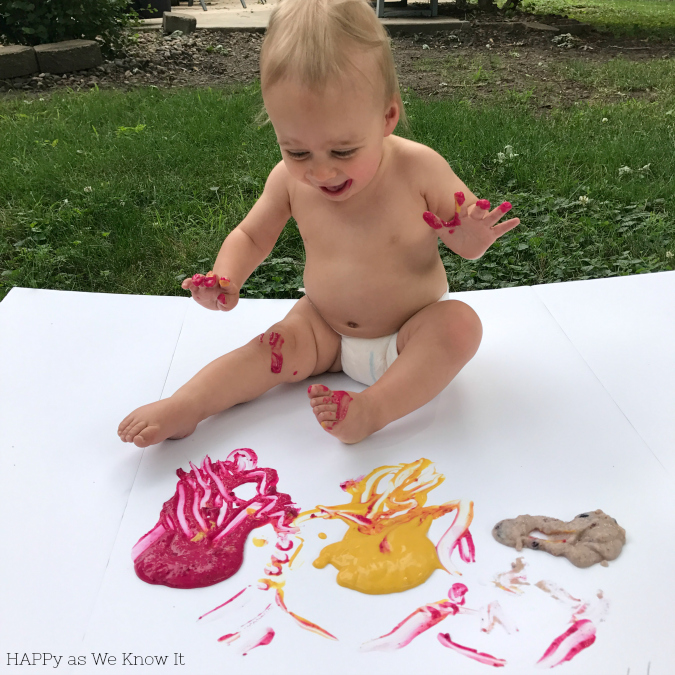 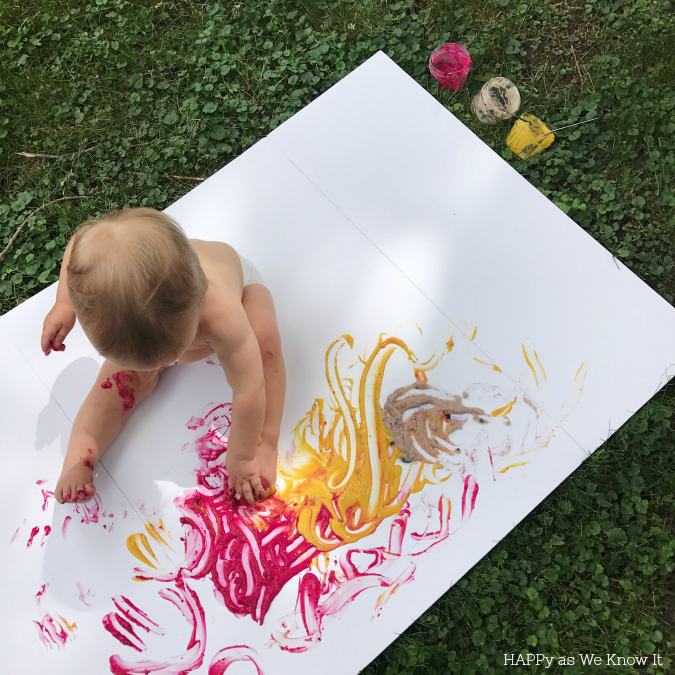 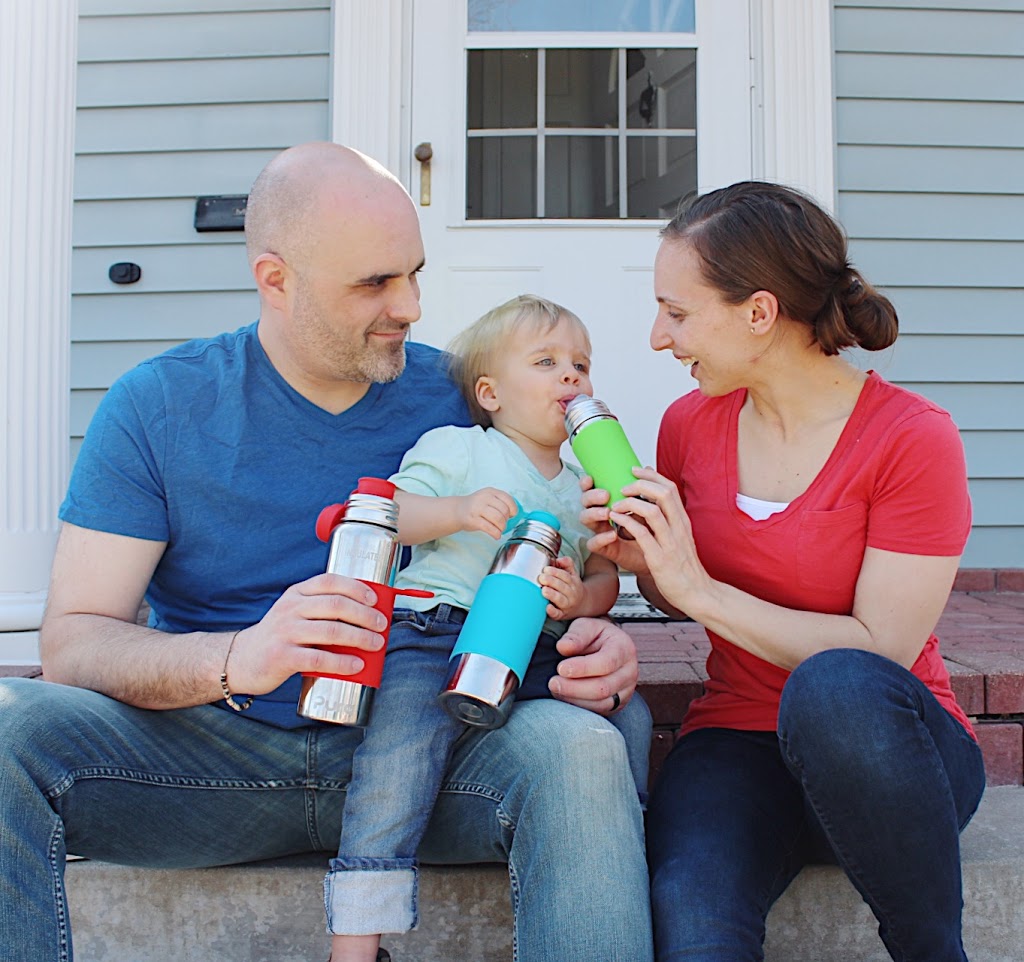 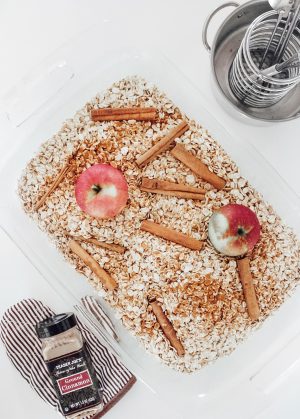 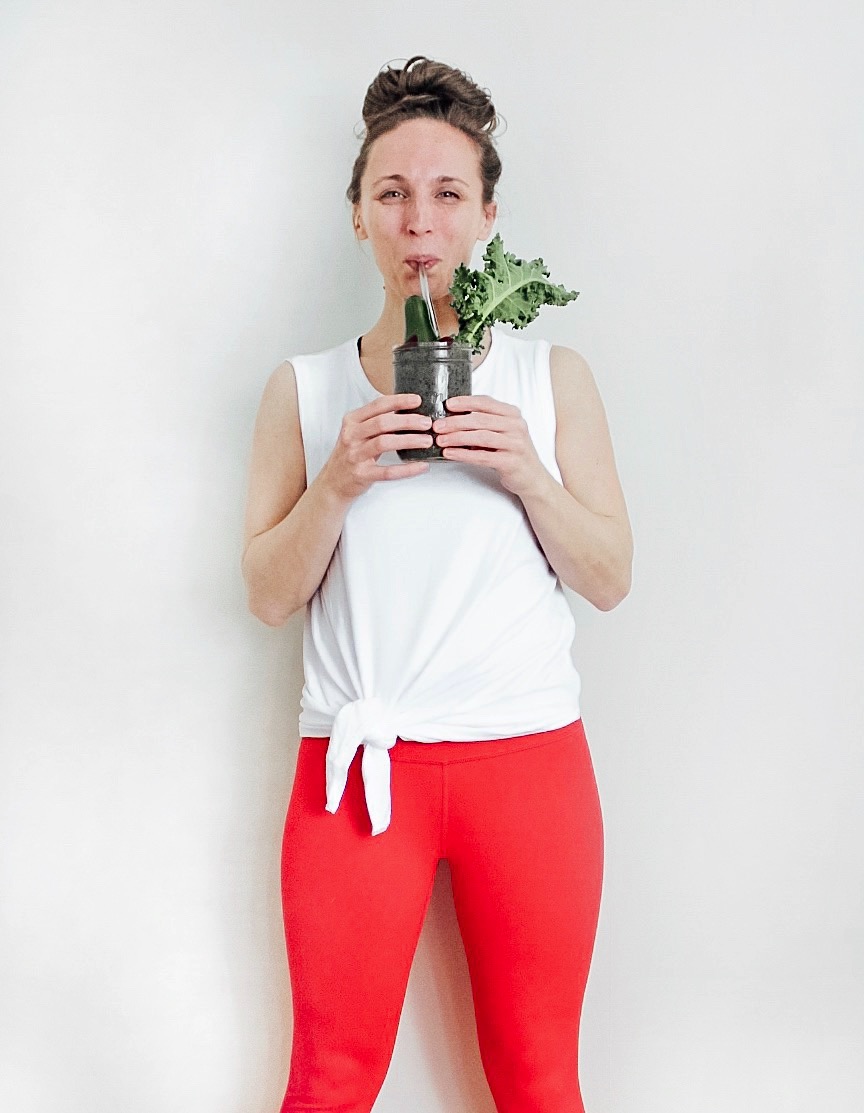 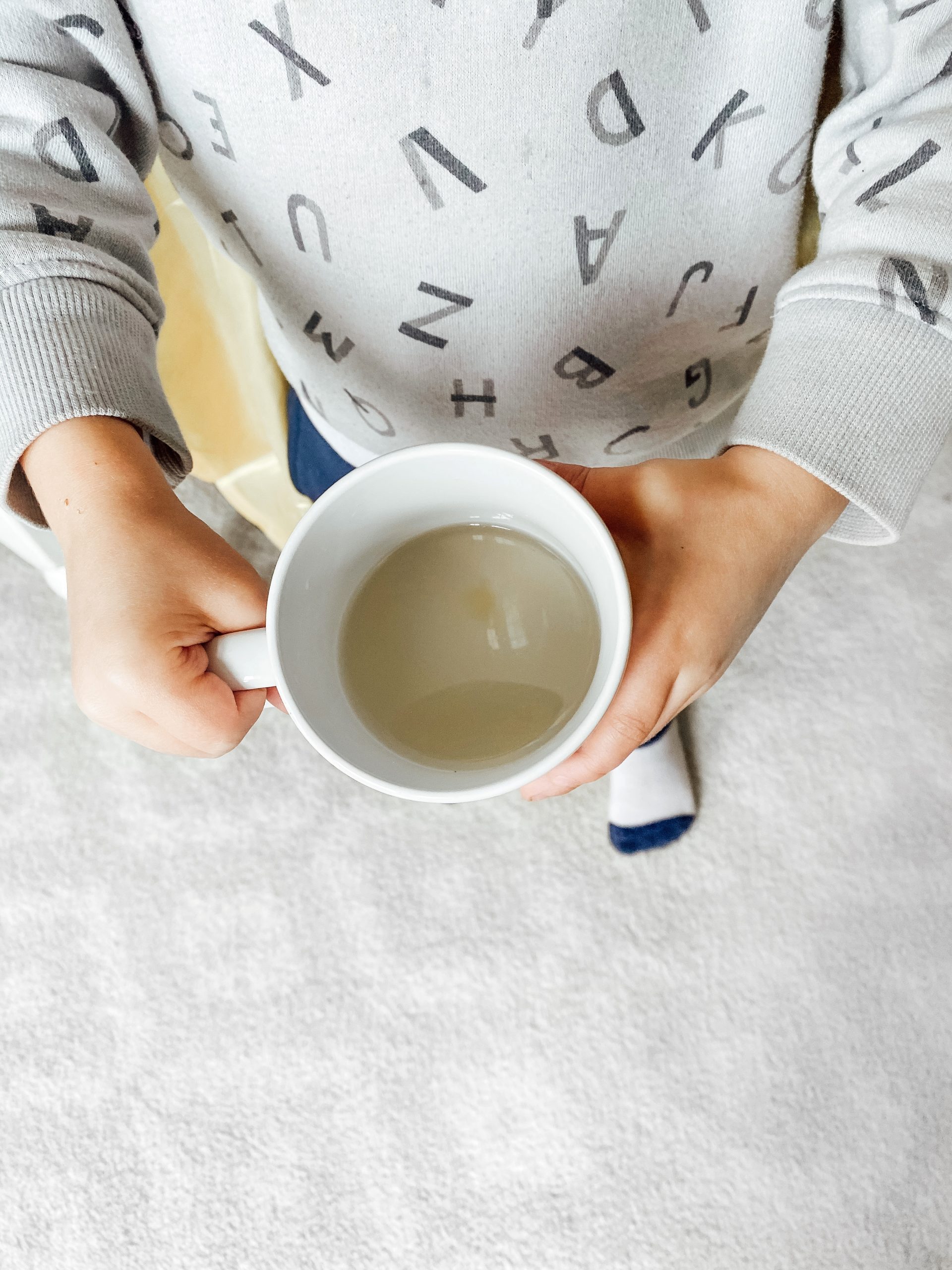 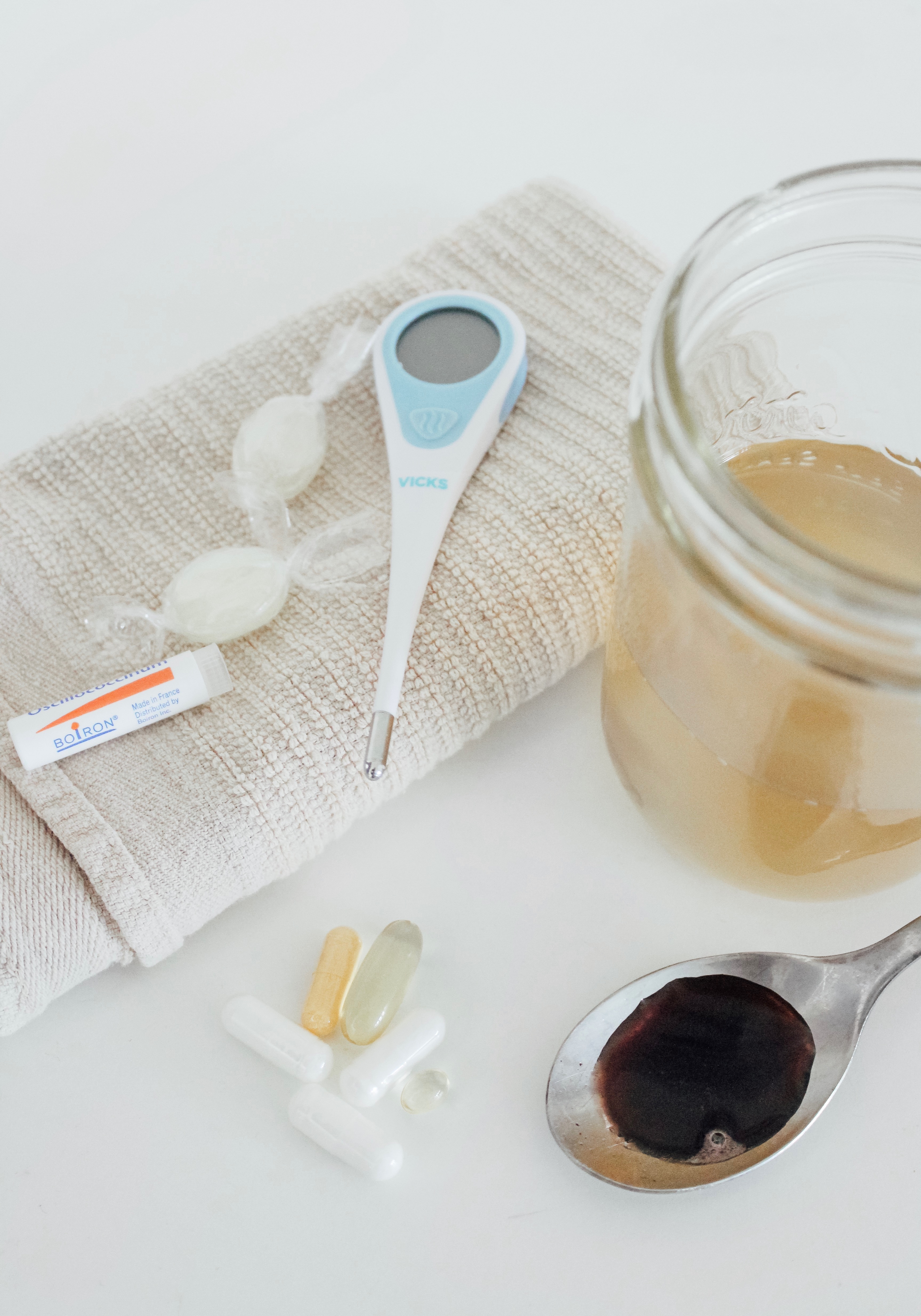 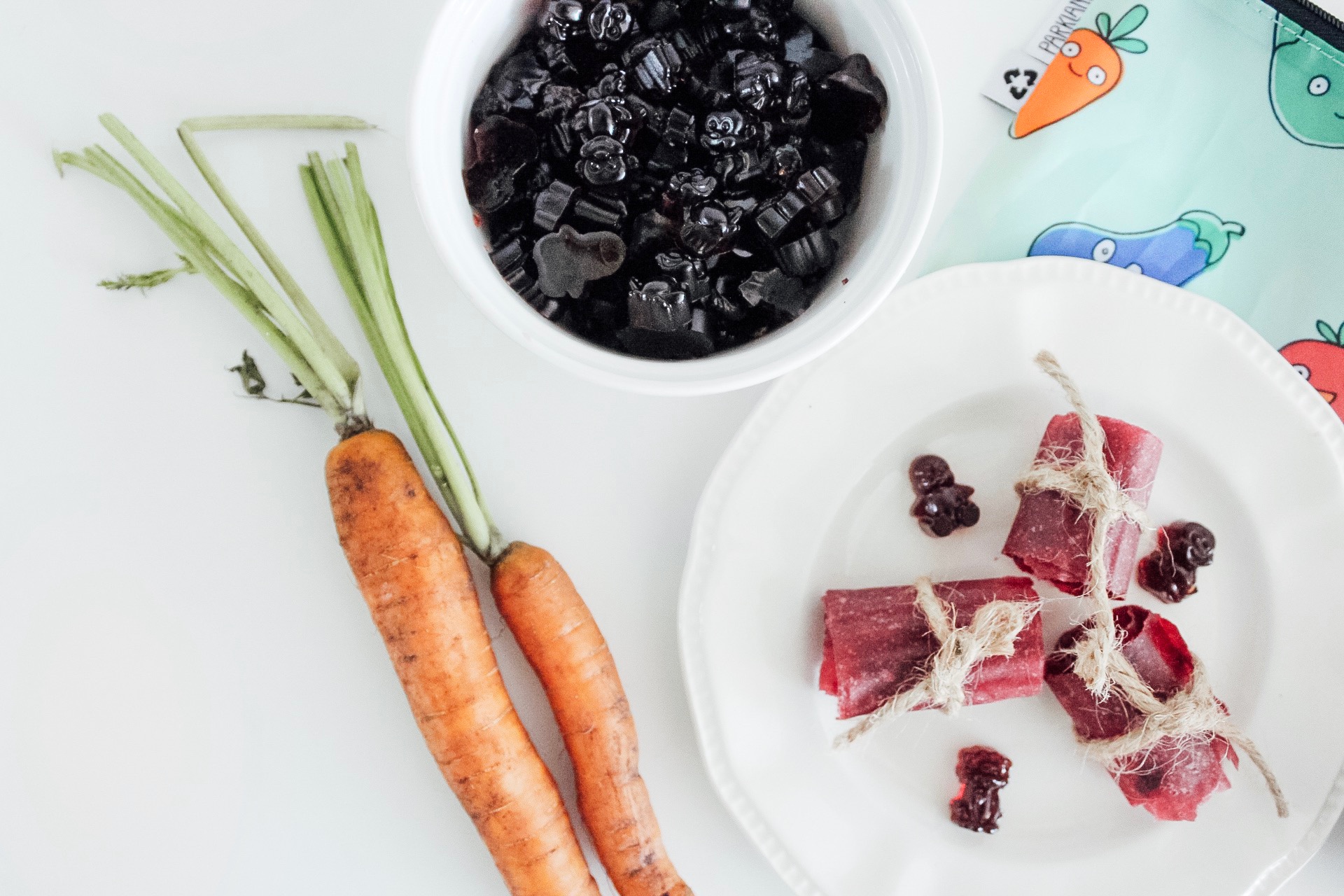 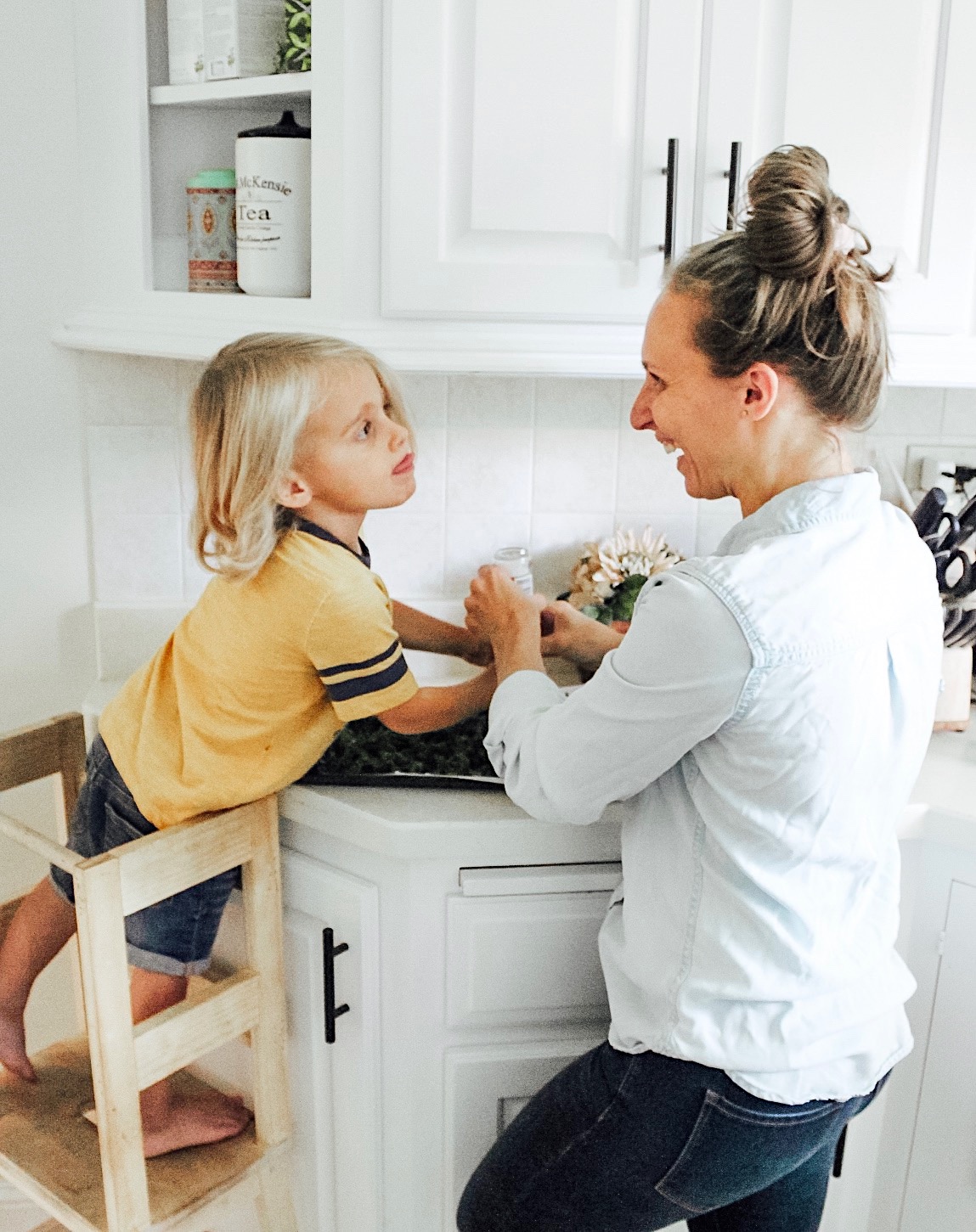